(It drives me crazy)
I created a tower with transparent parts (colored glass with some opaque(?)) in Sketchup 2017.
All looks fine at day and night without clouds, but with clouds the parts are totally cleared (or perhaps gone?). 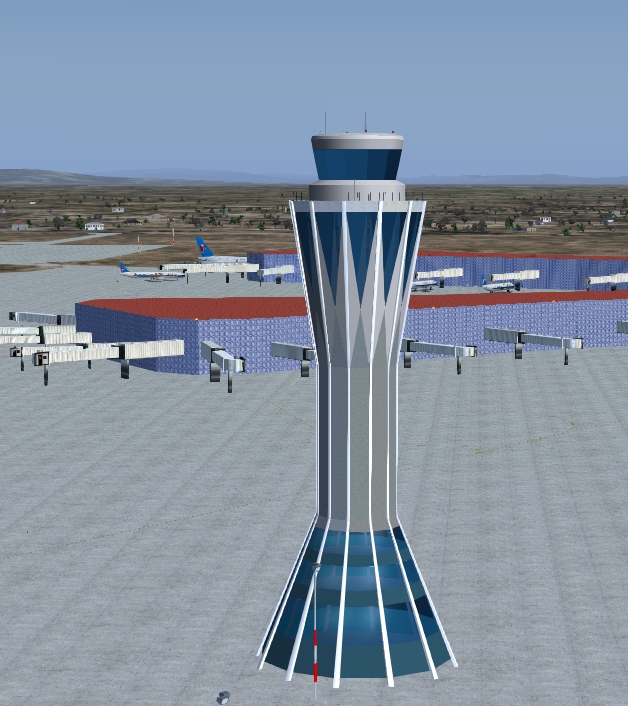 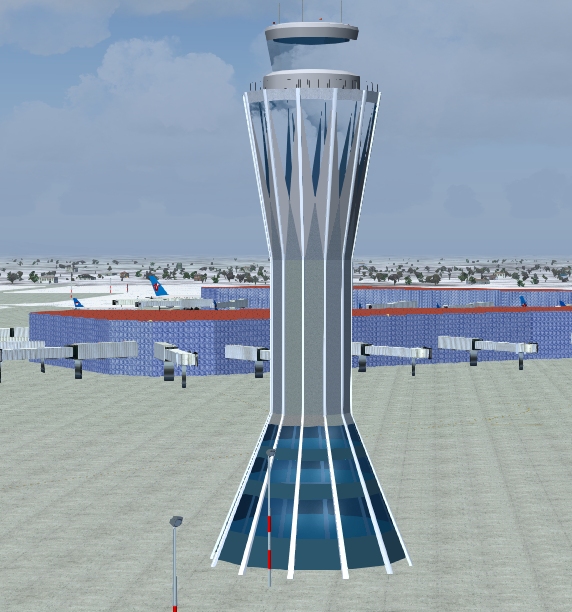 Resource contributor
Hello. Remove all texture from the model, or make a group that is glass only, remove all texture, perform the next procedure and use the MCX Merge Tool to combine the glass with the rest of the model. Once all texture has been removed from all the glass, now texture only the outside faces of the glass and under no circumstances should texture be applied to both sides. Export and compile this and the see through issue will be gone.

Also, the simulator does not support direct import of transparent Sketchup parts. Arno has written MCX such that it interprets transparent parts and applies settings that Arno has determined to be appropriate for transparency. Obviously this algorithm can't determine whether a modeler has taken two transparent polygon faces and applied two conflicting z bias attributes, or anything like that, but you can, because you've created it.
Results are more consistent when you apply the traditional textures and attributes that you exactly intend and not rely on an algorithm to do this.
H

Thanks Rick, very appreciated help.
So I have to create a texture with similar color and transparency like my used 32 Bit color on both sides (no texture used till now)?
G


BTW: Which airport is this, and is it in the default airport pick list of FS2004 ?

@GaryGB : it is the new ZBAD Beijing Daxing not availabe in FS2004 default. The 3D-Model of the control tower west is a little cheated .
The terminal is only a very rough scenery object without details.

hgschnell said:
So I have to create a texture with similar color and transparency like my used 32 Bit color on both sides (no texture used till now)?
Click to expand...

It is adequate to use material attributes only, no actual texture required, however the same one sided rule holds and for consistency, it should always be the same face, in relation to the inside of the model. Presumably you could texture, or define material attributes, for all the inner faces, leaving the outer ones blank and have the same result, however if you texture some inner and some outer faces and they become visually aligned, z bias issues will make some panes look unnaturally dark, or even opaque. A rule of thumb to remember is that a polygon must have color, or texture to render. If there is no color, the sim treats the polygon as if it doesn't exist and so by extension, removing color from one face, removes it from the render and any possible conflicts.
H

Okay, I will give it a try tomorrow and let you know the results.
H

As I feared, the one-sided materials were not the solution.
It is more complex and a very old problem. Like always Arno had an explanation:
"Drawing order problems with transparent textures" in the wiki.
I have to achieve that the inner sides are drawn before the outer sides of the polygons.
The material names could lead to a solution.
If anybody wants to try it, I can send the sketchup (skp) file.

Resource contributor
Did you try exporting the glass as a separate model? Pretty sure your solution will be to make it less complex, not more, however.
G


This post contains some related information and links to "worked examples" by rhumbaflappy:


...for Arno's example objects originally cited in the wiki

Another thread on related issues:

FYI: *.SKP and *.KMZ export files of your 3D model from Sketchup would preserve any 2-sided Faces ...for troubleshooting / learning


I am not certain yet as to whether the WaveFront *.OBJ 3D export file format preserves- or disables- any 2-sided Faces


AFAIK, most accurate MCX I/O of Sketchup 3D models mapped with transparent texture image Materials may be achieved via these plugins:


I hope this info may prove helpful to I/O to / from MCX ......for troubleshooting / learning.


Please attach the 3D file format of your choice to this thread (or via PM) to expedite resolving this FS9 transparency / Z-sorting issue.

What a lot of info for a Sketchup rookie!
Thanks a lot, as I am not a native English speaker it is a little hard sometimes to understand all details (and without details it remains nonsense)
But today I have some (unexpected) success with my Sketchup objekt.

I created 2 materials _inner_glass.bmp and _outer_glass.bmp and applied them to both sides of my glass polygons. And surprise: it looks fine!
Have to do a little fine tuning for the lights inside, but I think this could be done. 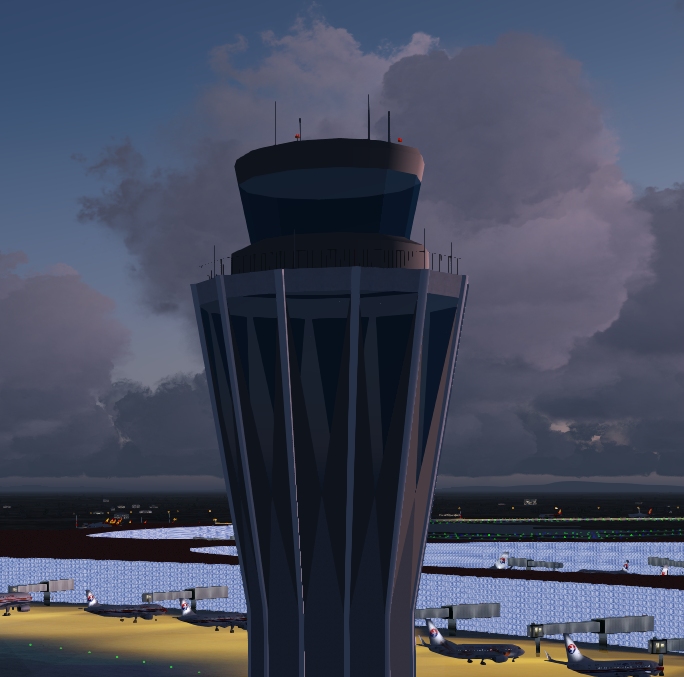 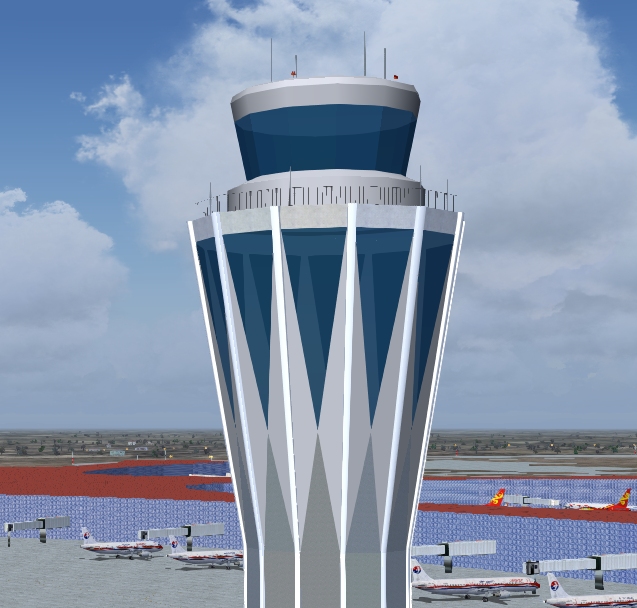 Congratulations on your success with Z-sorting transparent Materials mapped via 2-sided Faces ...for FS9.

To soon for congrats, the lights inside are the next hill to climb.
I used effects in ADE and tried to attach effects in MCX, nothing is displayed correctly like before.
Even the naming trick did not work (fx_2.bmp and effect name renamed without success).
So let us search again....
H

GaryGB said:
Please attach the 3D file format of your choice to this thread (or via PM) to expedite resolving this FS9 transparency / Z-sorting issue.
Click to expand...

Sorry, I forgot it

Resource contributor
Please give this version a try. It was edited in the way I'd suggested and includes a few optimizations. I've noticed that some of the inner faces are not colored, nor textured. This has the opposite effect that I'd described about semi transparent faces, any color or texture on the opposite side of a textured polygon is transparent. All inner faces would need to be textured, to be visible.

Thanks Rick, here are the results 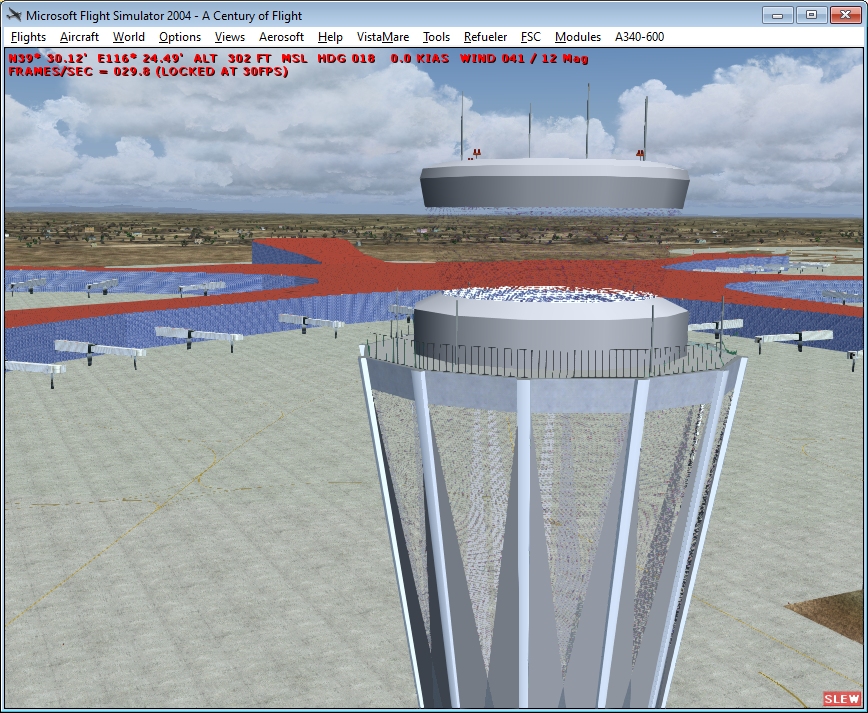 Resource contributor
I see there are marking lights attached to the model, can you say how you added those?
H

The marking lights are created by AFLT4, not attached to the model, they are in another bgl.

Resource contributor
Well, there are a lot of inconsistencies. The .dae file uploaded did not include textures, so there's little point in independently verifying that export, one must dig into and export the Sketchup file to get to the textures. The missing colors/textures from the Sketchup model that was uploaded, that are (in)visible in my screen shots, are present in the initial screen shots. They obviously are two different models and these kinds of anomalies make diagnosis impossible.

One thing to note, is that the .bmp files from the Sketchup export do not support transparency, as they have the normal 3 channels, red, green and blue.
Arno has included a module, I believe it is from Adobe, that automatically adds a fourth, alpha channel and applies a 15% grey shade to the layer. The user does not have control over the degree of grey added. This channel defines transparency in FS9. You can do the same procedure in Photoshop, or any graphics program that supports channels, which is what I did. I ran the automatic, "Set default transparent" material attribute template, then I opened the resulting .bmp in Photoshop to darken the alpha layer to about 50%, which had the effect of making the glass more transparent. The only time I have ever seen visual artifacts like you share, is during propeller disk conversions from FS9, to FSX, since earlier versions used a different schema to define transparency, that invariably manifests as opaque prop disks in later versions. I'd noticed flecks like that in the converted disk, which I decided were a consequence of the limited modules ability to graduate shades in a circle, thus the prism like flecks. My solution was to shade the prop disk in Photoshop, which eliminated the flecks. At any rate, there is not accounting, nor discussion of this or a similar effect as a consequence of modeling for FS9, that I can find. You can attribute that to the fact that I am the first person to ever try to render a polygon with only one semi transparent textured side, in FS2004, as likely as that may seem, or it may be the fact that there are other forces at play here.

It is clear you would have had to recompile the model into a scenery .bgl, or maybe you added the model to a library .bgl and placed it manually. Undoubtedly, you've made other, undocumented changes, in exporter settings for example. Anyway, it looks so prefect, at this point, without outside intervention, it's obvious you will prefect it.
H

Hi Rick, I hope you are well and the flu gone.
Thanks for your detailed answer and help. You are right, there were a lot of inconsistencies.
In between I textured many parts without color or texture and hope, found them all.
I also forgot my postprocessing of the "inner and outer glass" bmps.
With DXTBmp I added an alpha channel to the 24 Bits and got 32 Bit bmp. so I achieved the transparency of my colored glass.

That is what I thought, the alpha channel should do with the tranparent parts.

But now I see that there is a side effect totally unwanted: Solid parts behind the windows in the front become transparent!
That is not what a semi transparent glass should do.
(please excuse my clumsy English, school is long ago) 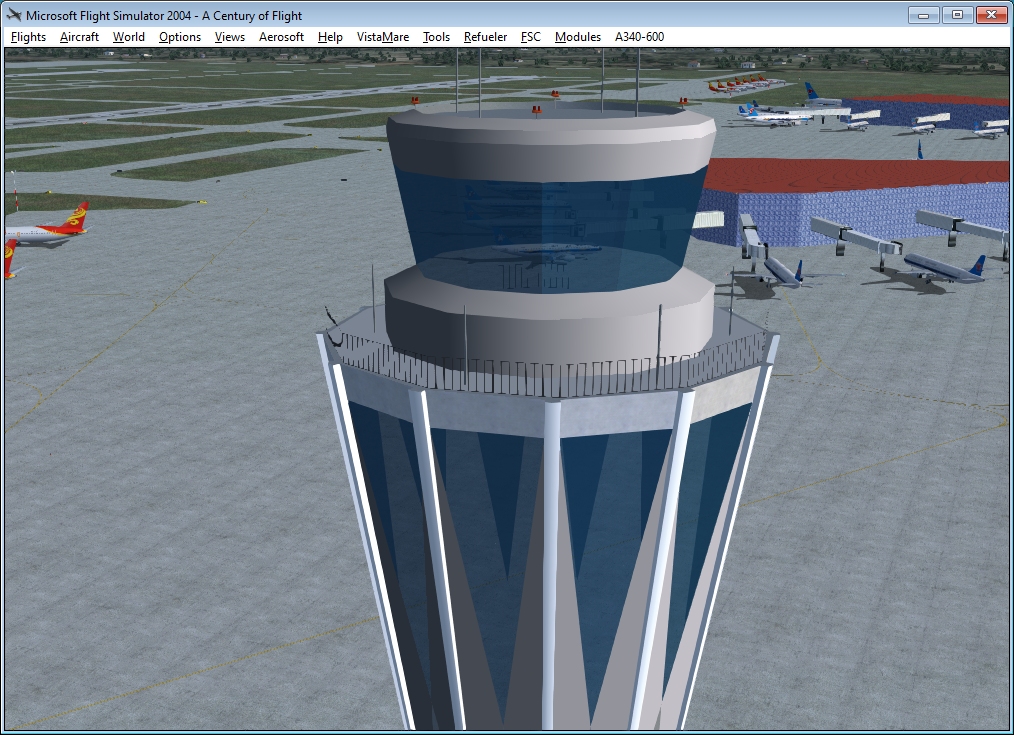