Resource contributor
After a really, really long time, I could continue with real work on my T.5.

After getting new information regarding the intercoms, I redesigned them.

Base station, located at the radio operator. 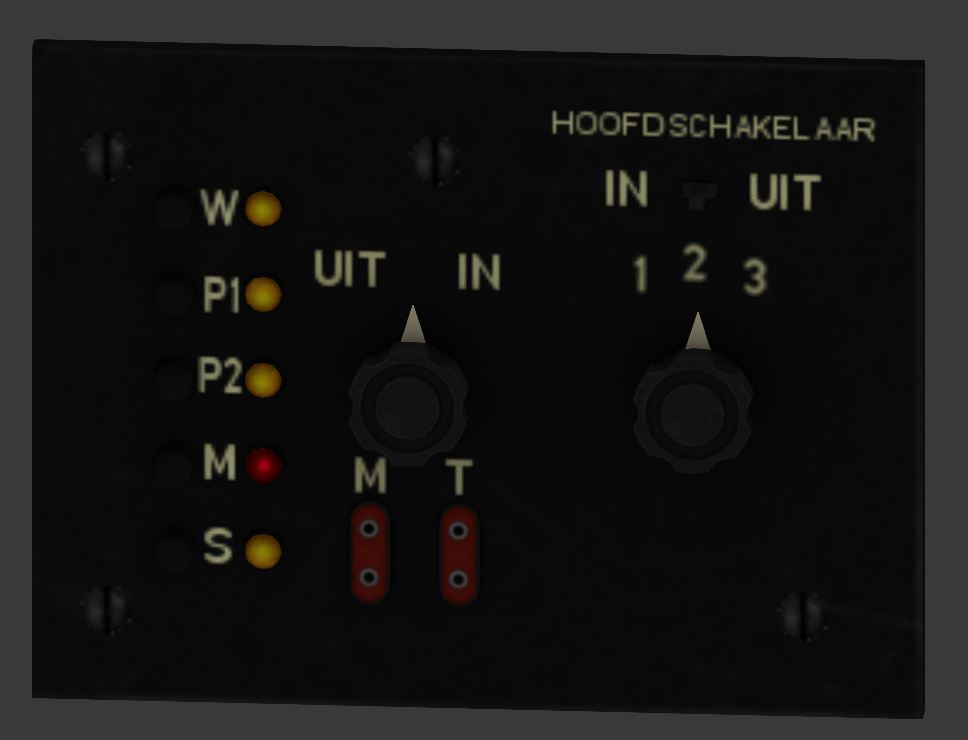 Crew member station (in this case the second pilot). 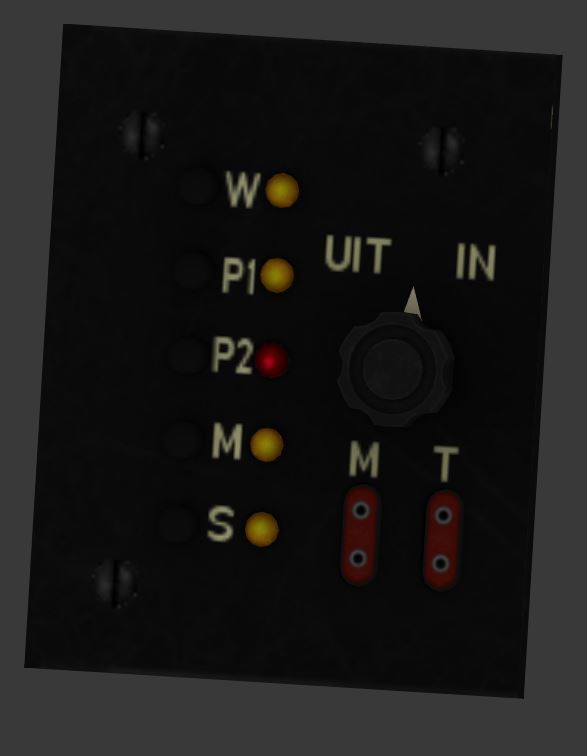 Resource contributor
So, working on the bombsight.

First is the ammodrum. I provided it with textures. Overview from the jumpseat next to the pilot. This jumpseat was in use by the commander/navigator/bombardier during take-off and landing. Thanks to a drawing in the archives, I could create a realistic connection to the antenna. The cylinder brings in the antenna, and connects it to the shortwave radio installation (suspended next to it). Overview from the very front end. At right, just in front of the rudder pedals, we observe the bombsight. No texture yet. Next to it, the signalling gun.
On the left, we see the bomb doors control lever. According to the documentation, there should have been an emergency valve and pressure vessel above it, but it's left without visual reference. I decided to swap it.

View from the top gunner position on the Lewis gun, mounted on a Vickers turret and provided with an ammodrum. That's it for now. I've been out of it for a long time, but now up speed. And, I'm running another project besides it: a Fokker S.14 jet trainer (name: Machtrainer).

4yrs of impatient waiting and you show us the wing of another plane, evil, just evil i tell ya!

seriously though, this plane is looking awesome!

Resource contributor
It's great to see you back at work in the Fokker T5 hanger again Daan!
Have you found any new resources on this place recently?

Resource contributor
Just to post an update: texturing of the bomb aiming apparatus is underway! My goodness man, this has really come along! Nice work. I was lucky enough to obtain a drawing of this frame. Tube dimensions vary from 24x1 mm to 50x1.5 mm.

Around this frame, wooden ribs were placed to get the oval fuselage shape. Through the frame, there was a wooden ramp, used to walk from fore to aft (the tailgunner's position).

Resource contributor
So, I made the starting crank (for manual starting).
Thanks to someone who has a CAD-model of it.

Resource contributor
Working on the shaping ribs of the rear fuselage section. Resource contributor
Getting into details. Resource contributor
In the past few weeks, I've added the walking ramp in the rear fuselage. And I started detailing the tail turret It is certainly inspiring that this is a project you started almost 5 years ago now, and work is still being done on it

The details look amazing, wish you the best of luck and patience!

It's a very long process. I joked to a friend that this would take five years against 1,5 for the D.21. Never hoped for that but it seems we'll get there.

Just imagine yourself, lying on a few leather cushions, all wood and fabric around you, defending against a flock of fire-spitting Messerschmitts... Amazing to think that back then, state of the art aerospace was cloth, wood, and thin aluminum.
You must log in or register to reply here.
Share:
Email Link
Top