Aargh!! The tricoleur is waving the wrong way. It should be downwind i.e. in the direction the ship is sailing. Unless you have acrosswind and the angle is visually deceiving?

I think so. we got a holiday house in "Norddeich" and traveled to the near islands like "Juist" or "Norderney" with this ships

however I will kill for a https://en.wikipedia.org/wiki/Armidale-class_patrol_boat
Click to expand...

It took a bit longer than expected, but it wasn't necessary to kill anybody As I had to travel and couldn't upload as planned last week I better use the time on the plane to keep up with old promises.... New deadline is next week but with the help of Alberto Garcia and Sebastian Viale it will now also include the Australian Navy with the LHD HMAS Adelaide, a Hobart Class destroyer, an Adelaide class frigate, the HMAS Success replenishment ship, the below Armidale Class and if I manage on my way back to Europe the ANZAC Class frigates. 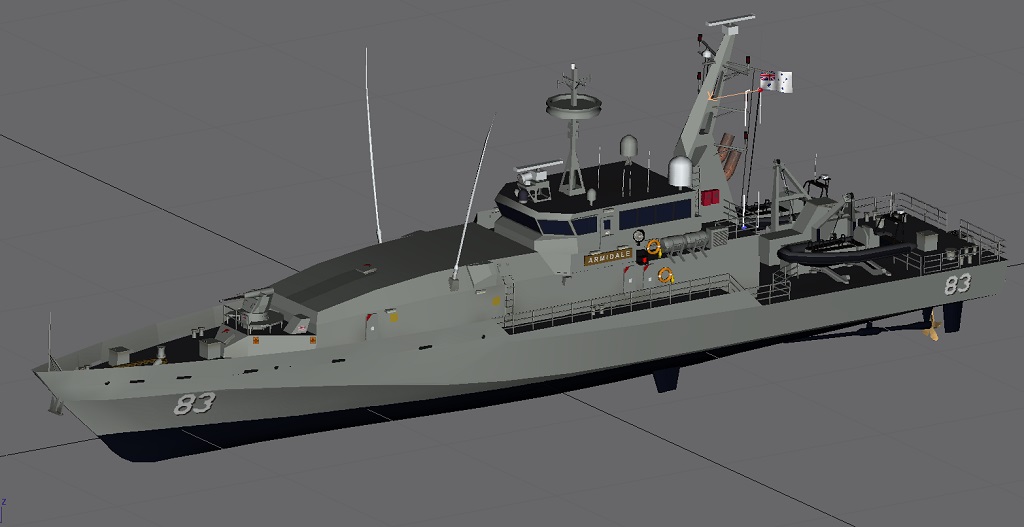 Jesus - why do you design the powertrain of all the ships? No one will see this absolute great work I fear! But that looks so fantastic!

manschy said:
Jesus - why do you design the powertrain of all the ships? No one will see this absolute great work I fear! But that looks so fantastic!
Click to expand...

In FSX you are right, but if you set water to ultra in P3D with animated waves then you will see the bottom from time to time... and of course if you play with the submarine... In any case it is just a few additional vertices as it is kept very simple - and maybe for this one ten minutes work, but thruth is that 50% of the ships just have something copied from another of my models to save time... Some cheating has been necessary...

Ah, submarine. Another new dimension to me. That's indeed a nice option to explore the sim (water)world. Never thought about the option to "underpass" a Nimitz or some fat frighter.

manschy said:
Ah, submarine. Another new dimension to me. That's indeed a nice option to explore the sim (water)world. Never thought about the option to "underpass" a Nimitz or some fat frighter.
Click to expand...

There are also other creatures under the surface... The visual impression is better than this image, but not perfect....

Henrik, you mentions that a beta is out, where can we find it, and when do you think the final version will be out?
Is it an update to your previous versions or is it an "all in one" package?

Jlunddk said:
Henrik, you mentions that a beta is out, where can we find it, and when do you think the final version will be out?
Is it an update to your previous versions or is it an "all in one" package?
Click to expand...

The beta was only distributed to beta testers and is not public available; the new package will be an "all in one" - or rather - all in two as the package is close to one GB zipped. Release should have been two weeks ago, but there were some problems with some animations that I only managed to resolve yesterday and now I am on holiday without a high speed line for upload at least for the moment...

While I can't upload at least I can show a few more screenies - with the help of Alberto Garcia the Australian Navy is now included - he provided no less than four classes of ships including the Hobart class destroyers, the Canbera Class LHD, the Adelaide class frigates, the new Supply Class replenishment ships - Sebastian Viale had already provided the French Durance Class replenishment ship Var, but now the Australian sister HMAS Success is also included - to that I have added the Anzac Class frigates and the Armidale Class patrol vessels - all in all 7 classes of Ozzie Navy ships... 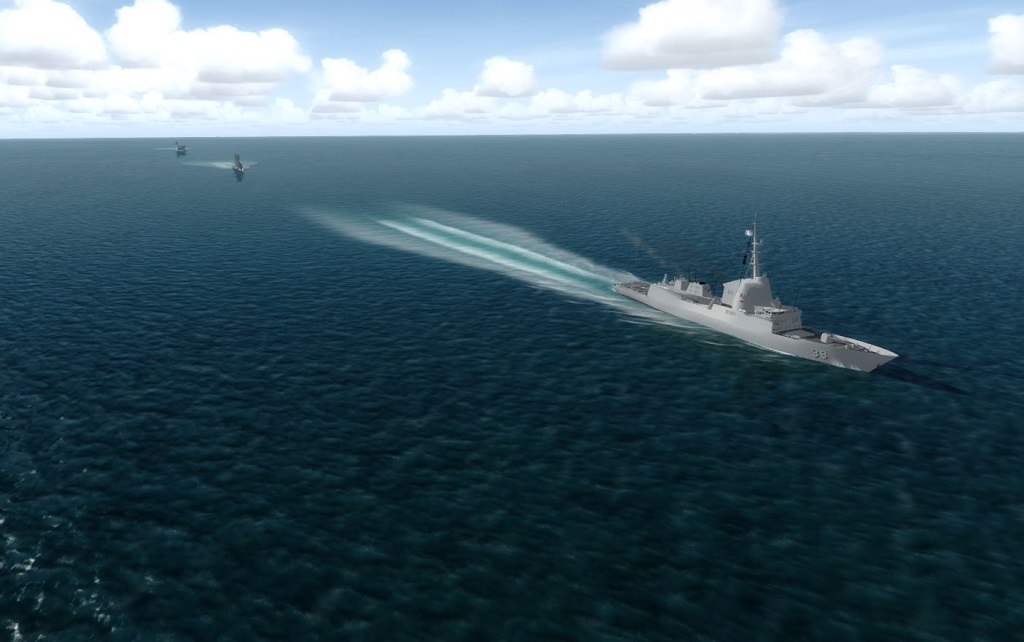 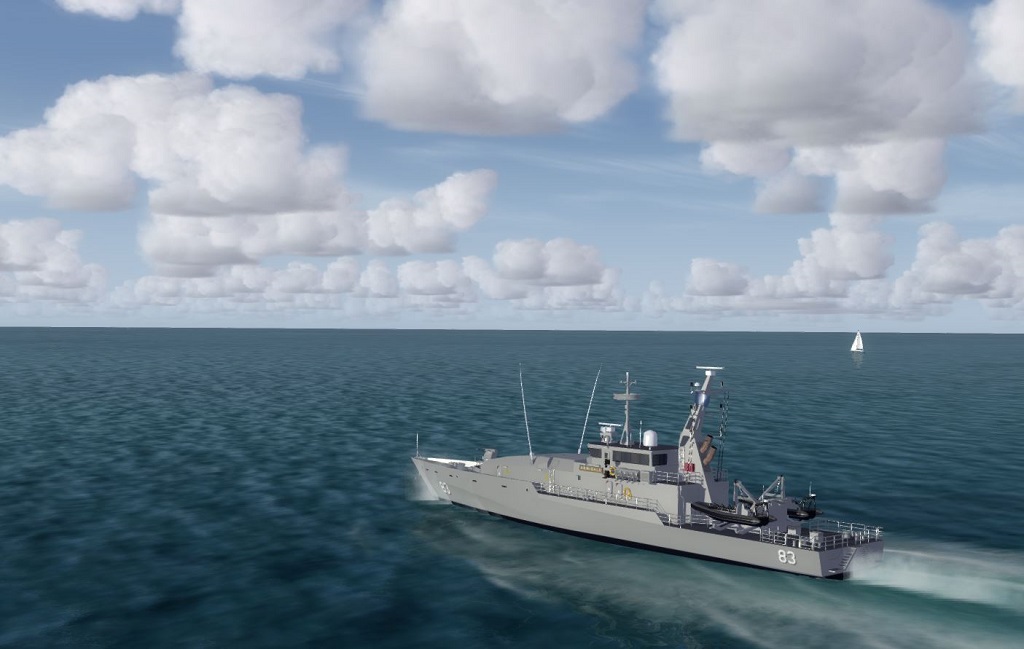 For the nostalgic Gary Payne has added an updated version of the carrier HMS Illustrious and he also updated my Brazilian version of the Type 21 frigate to become the British Type 21 HMS Ambuscade and HMS Antelope - to that comes my Broadsword class... All exercising daily from Royal Navy's Clyde base... 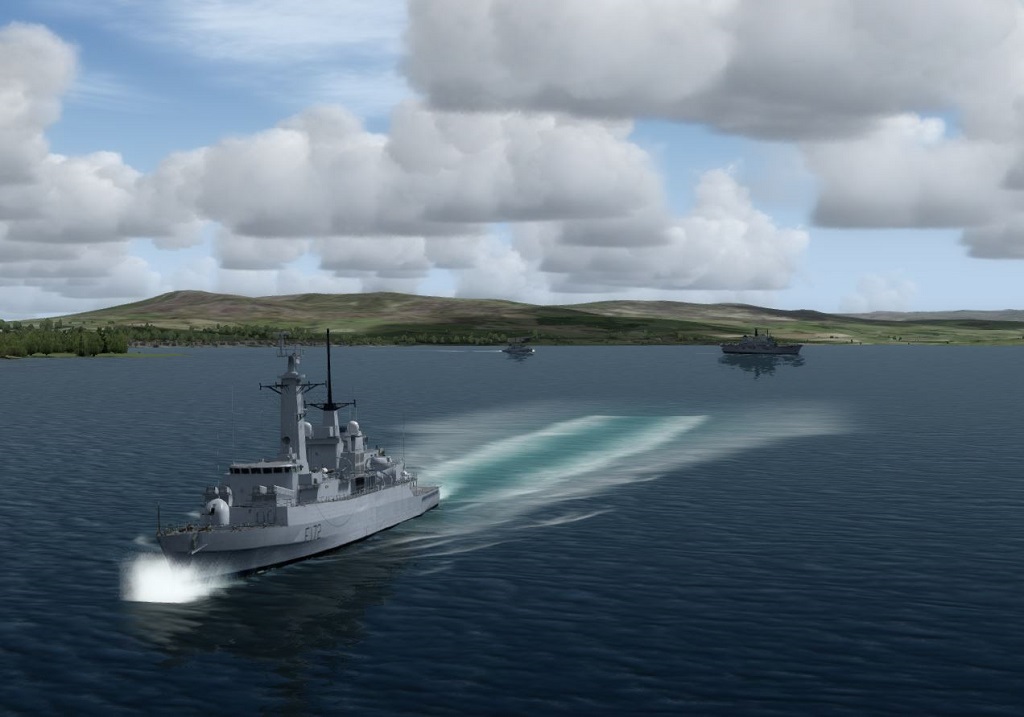 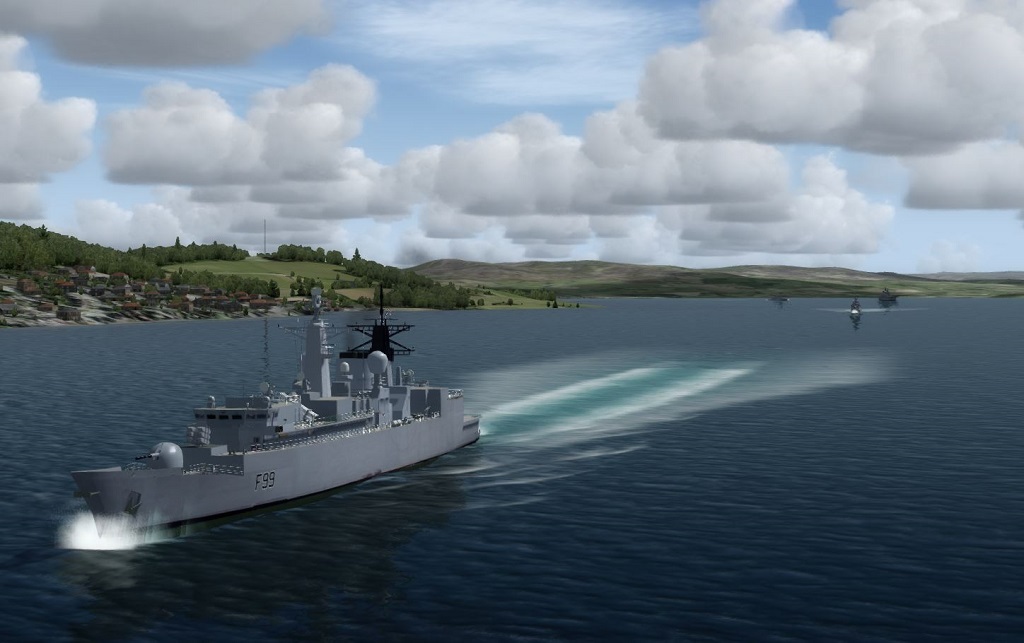 Resource contributor
I like what I see! I can say a lot about the thumbnails, the models are detailed, the textures are of good quality. Keep it up, please.
J

great work as always thanks for your work all of you!

After a long almost break the package is ready for release - release will be Friday. Some smaller additions were made over the summer - mostly a lot of fishing boats but also some navy units. 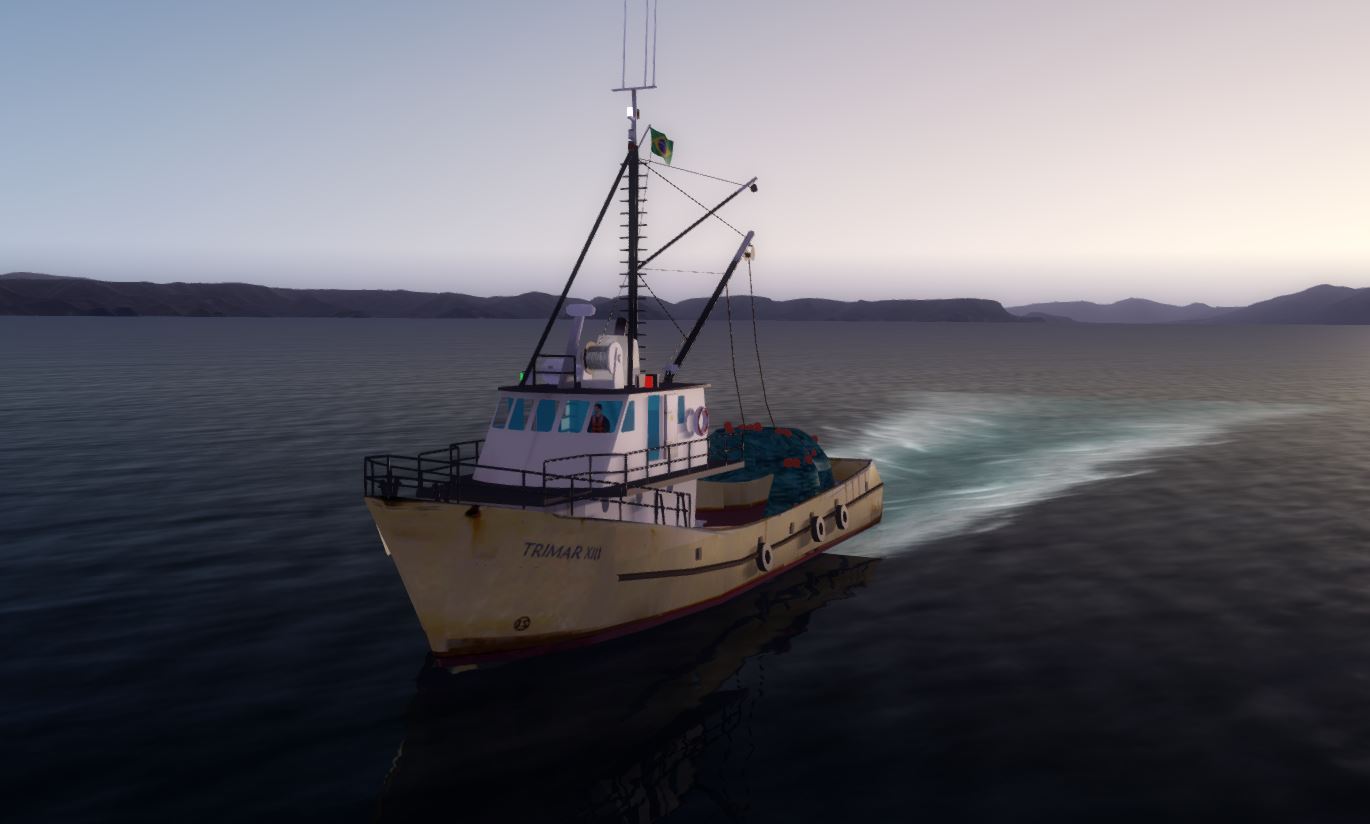 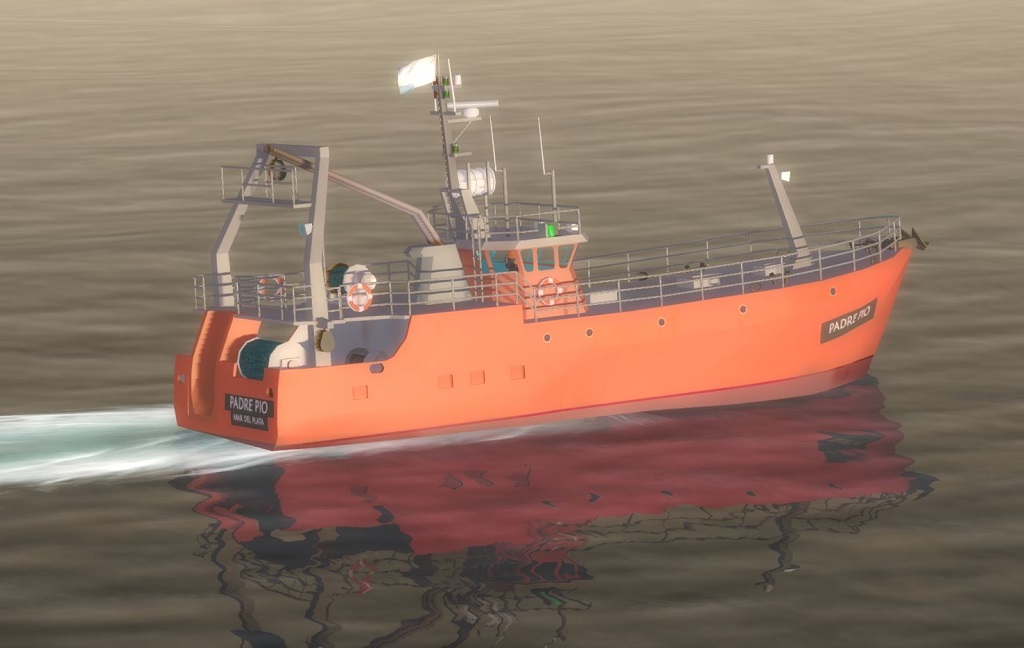 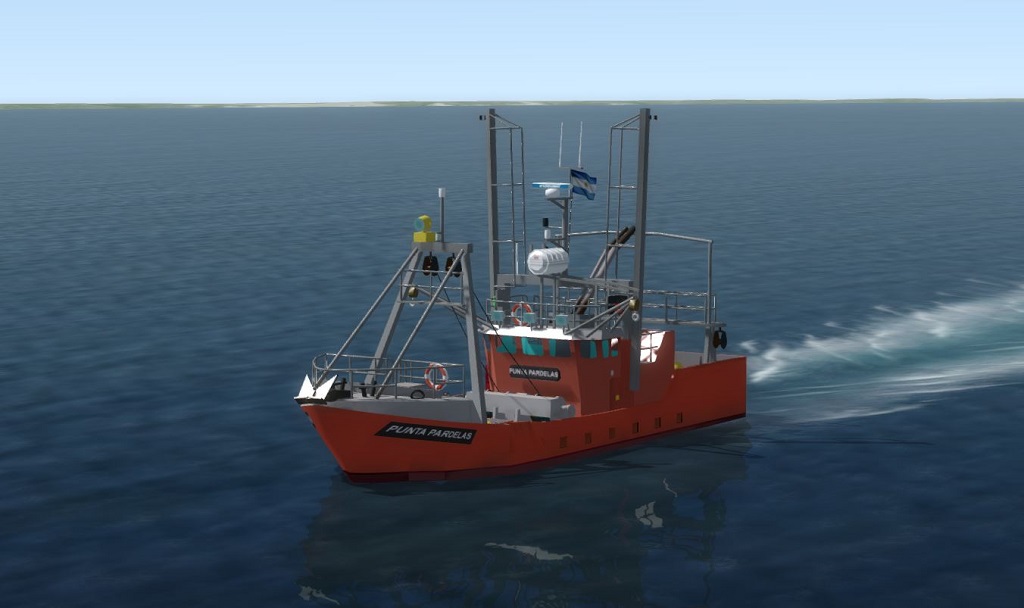 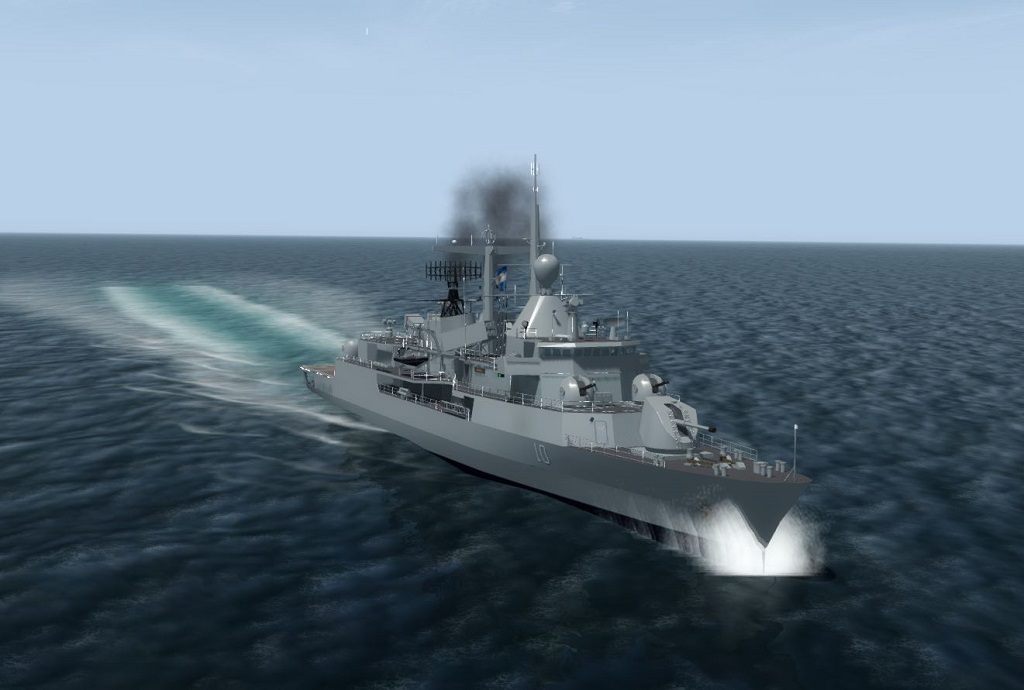 Global AI Ship Traffic V2 including 1100 ships and traffic for the entire globe has just been uploaded to simviation.com, fligtsimnorway.com, fligtsim.com and avsim.com - it should become available on these sites within the next 24 hours 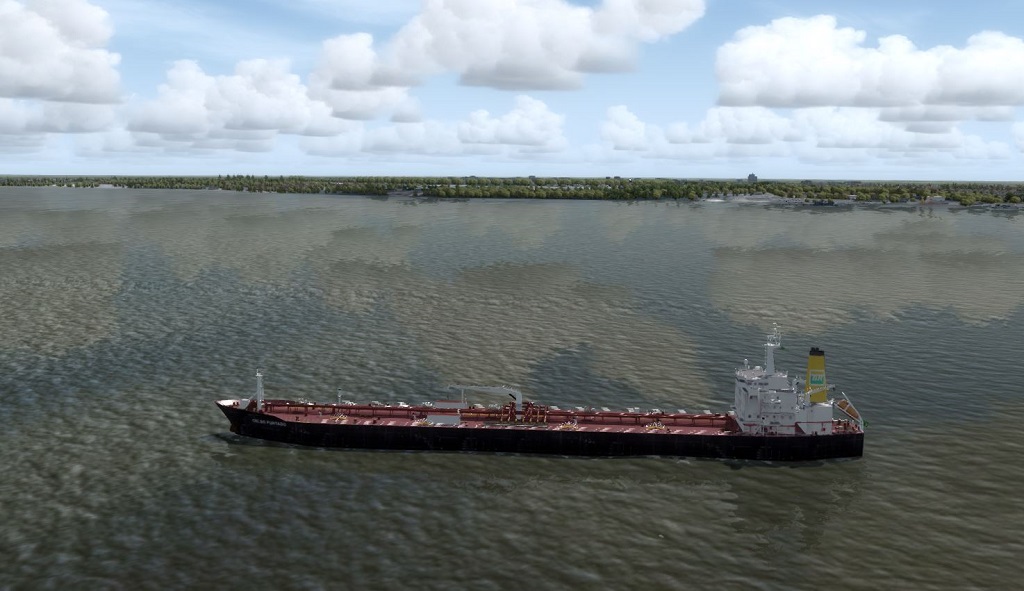 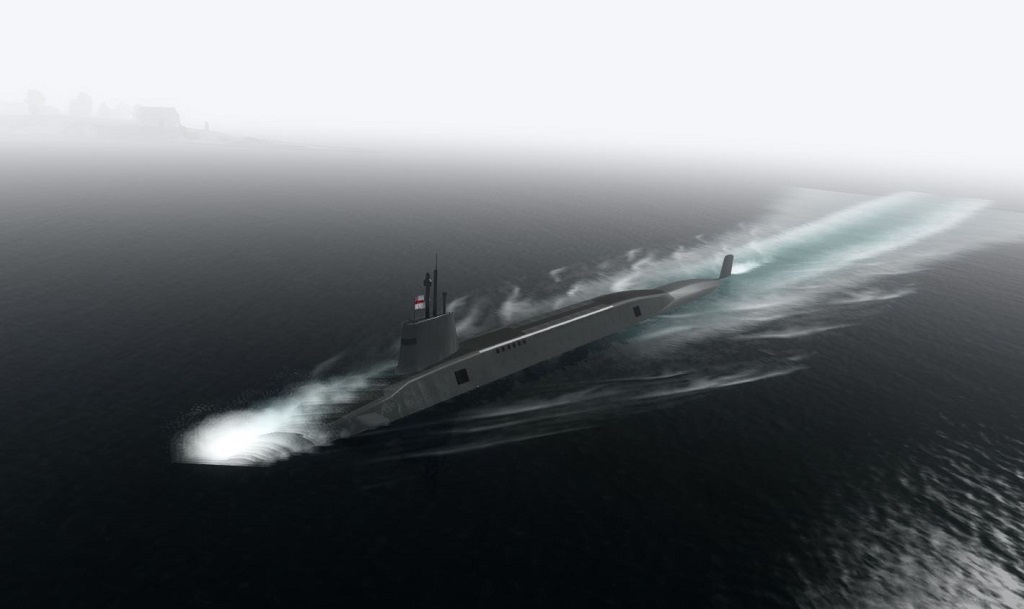 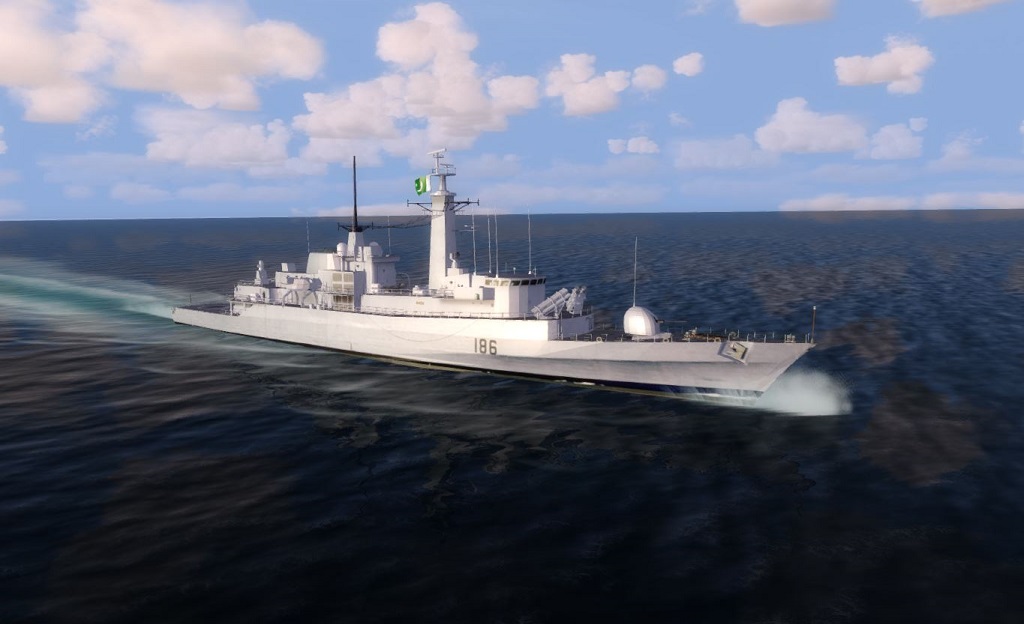 I already found it at the Norway web, guessing they are faster and the traffic is less. Great documentation, just plain perfect package.
You must log in or register to reply here.
Share:
Email Share Link
Top